The Bamburgh Castle / England: perspective - from the camera's perspective as shown in the photo below. (At the moment that the below photo was taken.)

Target Description: As per the picture below, structures on land, water nearby. It is perched on a basalt outcrop on the very edge of the North Sea at Bamburgh, Northumberland. From the castle there are stunning views of the Holy Island, Farne Islands, and (looking toward the land) the Cheviot hills. 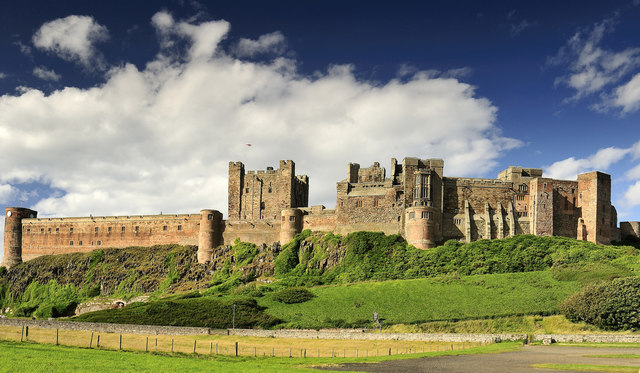 Here is another picture: 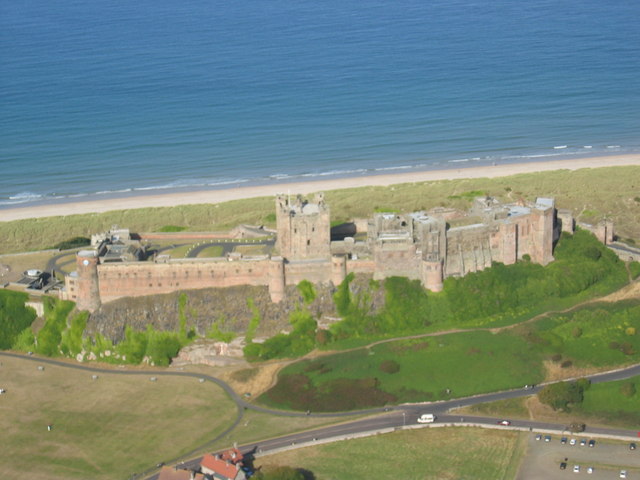