As per the picture below. This is a view of the International Space Station. Clouds are in the background, and it is flying over a land mass on Earth. The photo was taken from the Space Shuttle Atlantis while it flew aroung the space station. (September 2000) 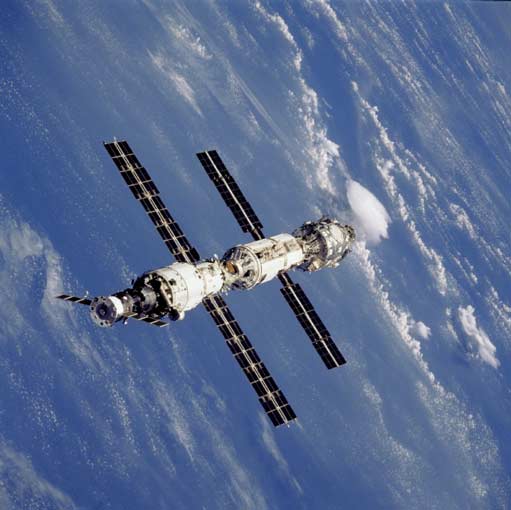