As per the picture below. This Amtrak passenger train was carrying about 225 people when it collided with a semitractor trailer and derailed, injuring as many as 47 people. 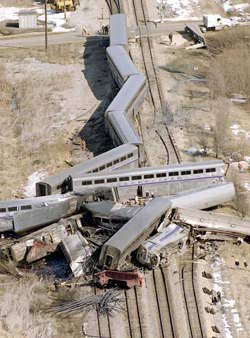