As per the picture below. This is a photo of an American Apollo spacecraft. It was taken from a Soviet Soyuz spacecraft in Earth orbit. This photo was taken during the joint U.S.-USSR Apollo Soyuz Test Project (ASTP) mission. This project involved docking the two ships in Earth orbit. Here you can see the Command/Service and and Docking Modules. Date Taken: 07/17/75 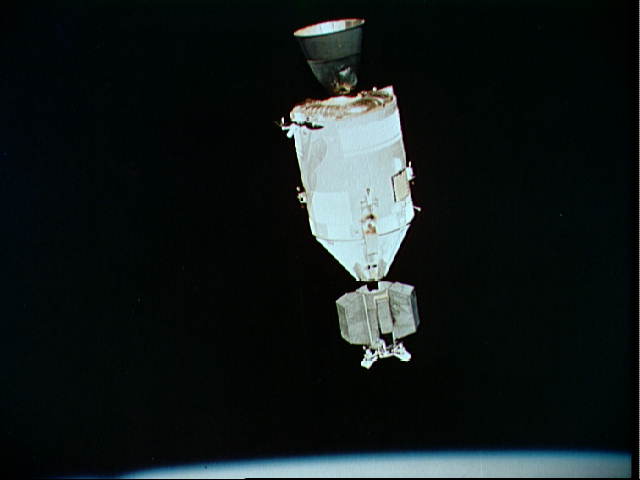