Downtown San Francisco: perspective - from the camera's perspective as shown in the photo below. (At the moment that the below photo was taken.)

As per the picture below. Remember that San Francisco, while generally level, is somewhat hilly in places. 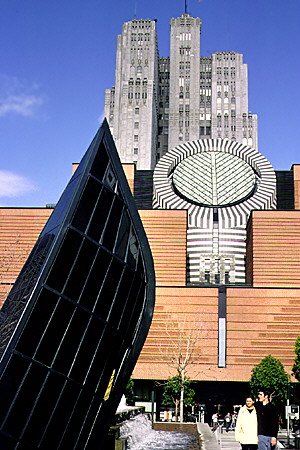