As per the picture below. This is an evening view. Since it is Beijing, the capital of China, we can assume that there are subjects nearby, although obviously not many at the time of this photograph. 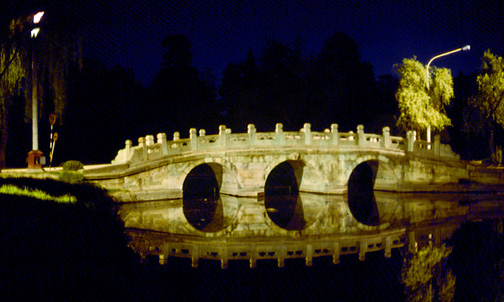