As per the picture below. This is a family's living compound in Ghana, Africa. Since people live here, one can assume that there are subjects nearby, both in and around the structures. At least one subject is visible in the picture. There appears to be a hill and a dirt path near the compound. Otherwise, the terrain is probably mostly level since Africans normally farm near their living compounds. 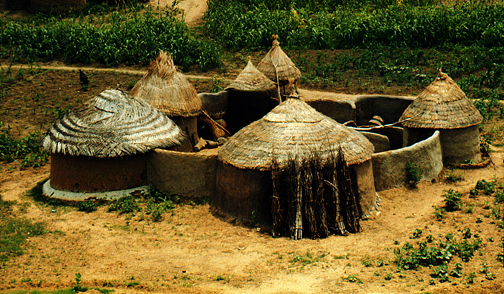