The Union Limited Zambezi train: perspective - from the camera's perspective as shown in the photo below. (At the moment that the below photo was taken.)

As per the picture below. This steam train travels in southern Africa between Cape Town to Victoria Falls. 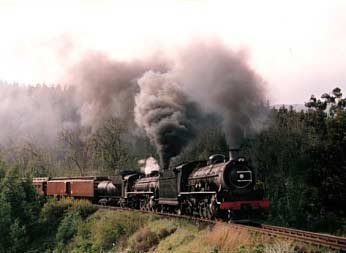