As per the picture below. This photograph of the Russian Mir space station was taken by a member of the crew of the space shuttle Atlantis. Clouds are in the background. 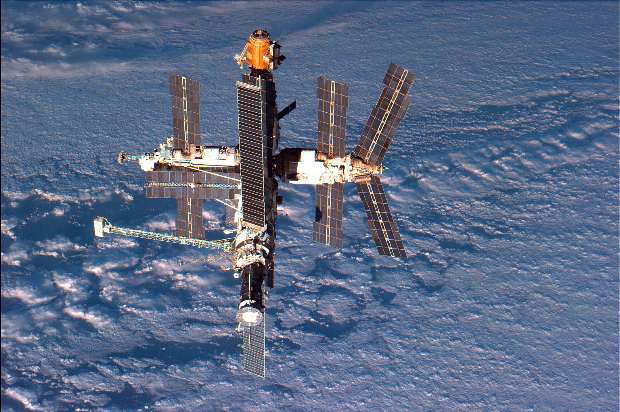