The Lunar Module "Challenger" in lunar orbit during the Apollo 17 lunar mission: perspective - from the camera's perspective as shown in the photo below. (At the moment that the below photo was taken,14 December 1972)

As per the picture below. This photo was taken from the Moon Lander as it approached the Lunar Module in orbit. 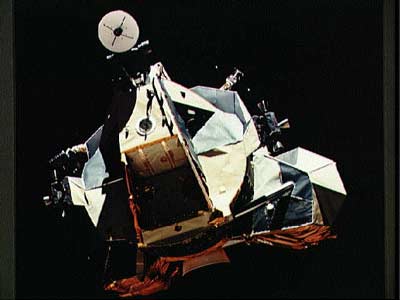