As per the picture below. Space Shuttle Discovery astronaut Dale A. Gardner (on the left) is holding "For Sale" sign. This joke references the problems associated with the Westar VI satellite that was just recaptured. Astronaut Joseph P. Allen IV is also in the picture, standing at the end of the remote manipulator system (RMS) arm. This arm is used as a "cherry-picker" in the capture efforts. The photograph was taken on 14 November 1984. 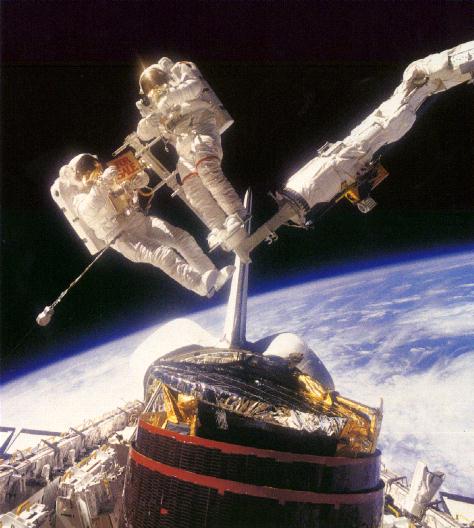