The ruins of the Temple of Apollo / Pompeii: perspective - from the camera's perspective as shown in the photo below. (At the moment that the below photo was taken.)

As per the picture below. These are the ruins of the Temple of Apollo of Pompeii with Mount Vesuvius in the background. One can assume that there are subjects nearby. 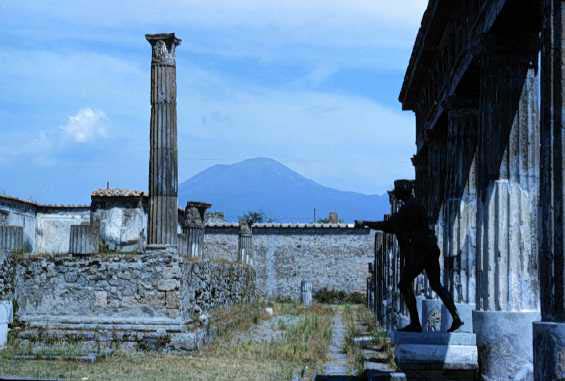