Skylab 4 Command/Service module in docked configuration in Earth orbit: perspective - from the camera's perspective as shown in the photo below. (At the moment that the below photo was taken, 3 February 1974) 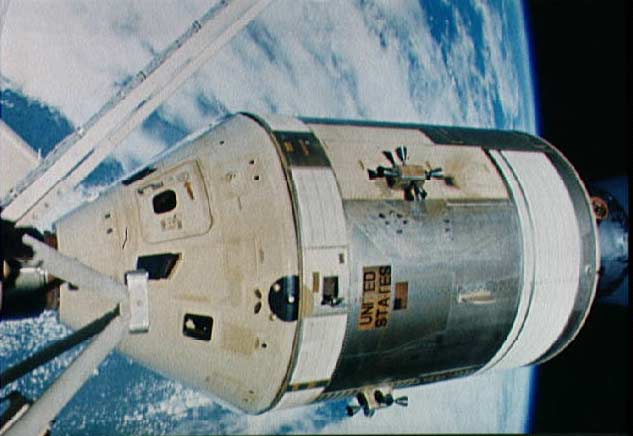