The Apollo 13 crew recovery after spashdown: perspective - from the camera's perspective as shown in the photo below. (At the moment that the below photo was taken, 17 April 1970.)

As per the picture below. There were helicopters and ships nearby. 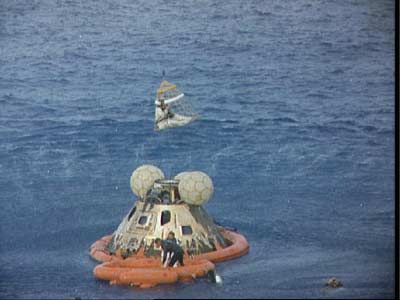