The USS Missouri in Tokyo Bay: perspective - from the camera's perspective as shown in the photo below. (At the moment that the below photo was taken, 2 September 1945.)

As per the picture below. This picture was taken during the Japanese surrender to U.S. forces at the end of World War II. 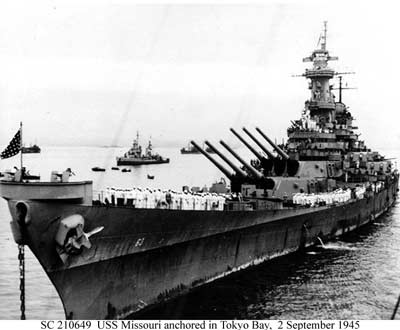