As per the picture below. Astronaut James B. Irwin (the lunar module pilot) is seen here snapping a military salute while standing beside the U.S. flag. This event occurred at the Hadley-Apennine landing site. The base of the mountain in the background (the Hadley Delta) is approximately 5 kilometers (about 3 statute miles) away. This mountain is approximately 4,000 meters (about 13,124 feet) tall. 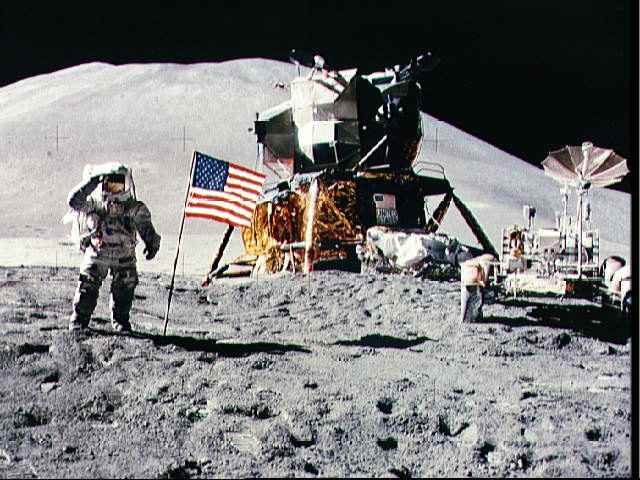