As per the picture below. This photo was taken seconds after the Space Shuttle Challenger accident on 28 Jan. 1986. Here you can see an expanding ball of burning gas that comes from the external fuel tank and the main engine exhaust. Also visible is the plume from the solid rocket booster. 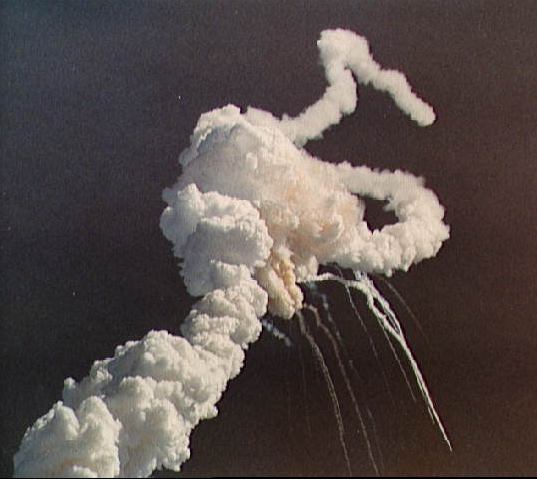