As per the picture below. The photograph was taken in 1994. A space shuttle is nearby. 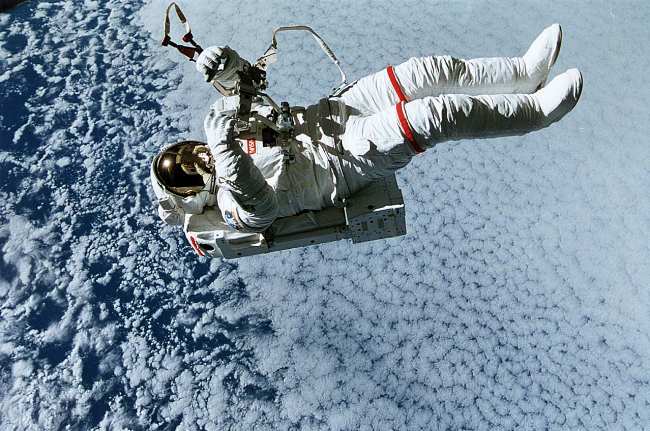