As per the picture below. This is a photograph of a chasm on Mars. 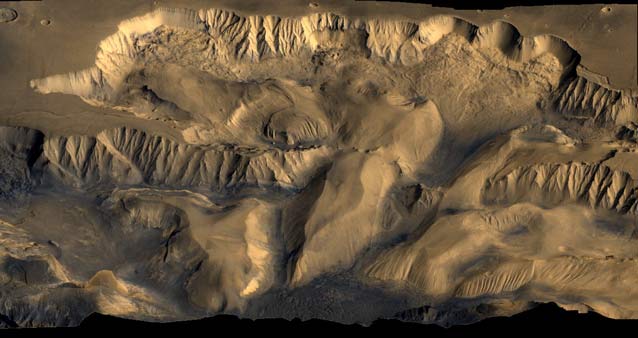