Sokehs Rock on the Island of Pohnpei / Micronesia: perspective - from the camera's perspective as shown in the photo below. (At the moment that the below photo was taken.)

As per the picture below. The island of Pohnpei lies about halfway between Hawaii and the Philipines in the recently formed country of the Federated States of Micronesia. 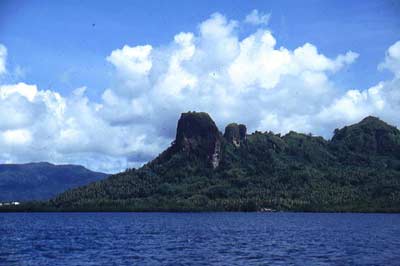