The Apollo 17 landing site: perspective - from surface level between the Lunar Lander and the Land Roving Vehicle as shown in the photo below. (At the moment that the below photo was taken,12 December 1972) 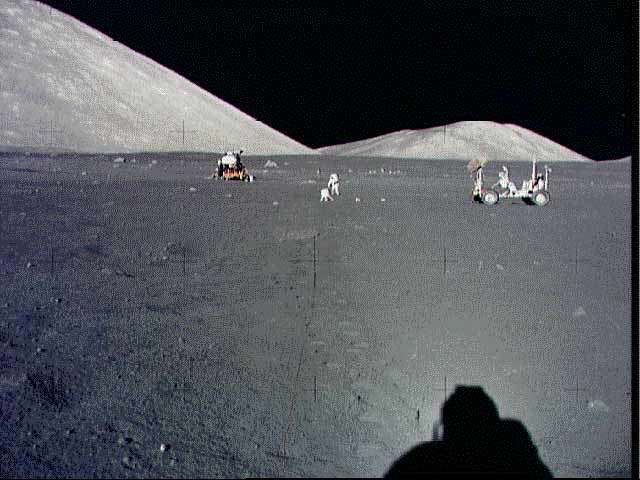