As per the picture below. A Soviet Soyuz spacecraft in orbit as seen from an American Apollo spacecraft. This photo was taken during the joint U.S.-USSR Apollo Soyuz Test Project (ASTP) mission. This project involved docking the two ships in Earth orbit. The photo captures the aft end of the Soyuz. There are two solar panels protruding from the spacecraft's. Date Taken: 07/17/75 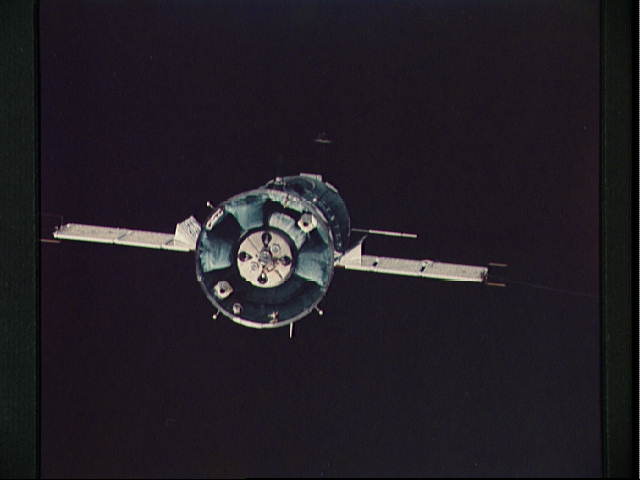