Astronaut Harrison Schmitt standing next to a boulder on the surface of the Moon during the Apollo 17 mission: perspective - from surface level at the camera's perspective as shown in the photo below. (At the moment that the below photo was taken,13 December 1972)

As per the picture below. One can assume that the Moon Lander and the Land Roving Vehicle are nearby and are thus part of the target. 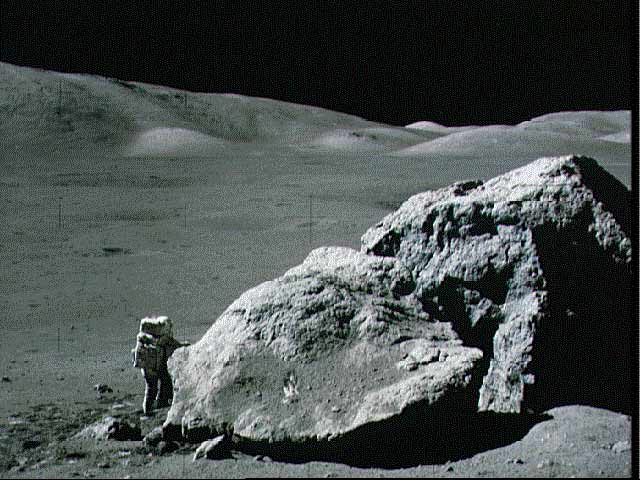