Astronaut Ronald Evans photographed outside the Apollo 17 spacecraft during the return to Earth trip: perspective - from the camera's perspective as shown in the photo below. (At the moment that the below photo was taken,17 December 1972) 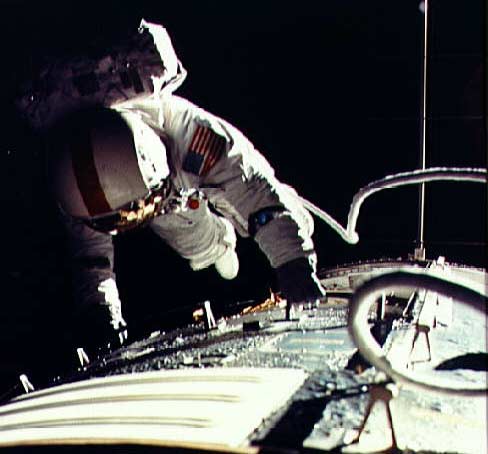