The Loew's Grand Theater for the premier of "Gone With the Wind" / Atlanta, Georgia: perspective - from the camera's perspective as shown in the photo below. (At the moment that the below photo was taken, 15 December 1939.) 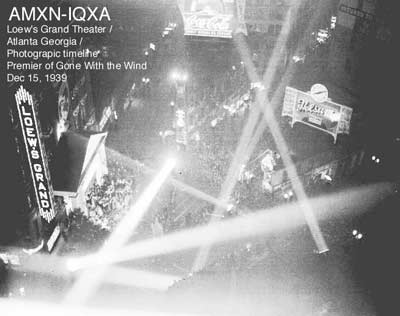