As per the picture below. This is a photo of Apollo 11 astronaut Edwin E. "Buzz" Aldrin Jr. as he approaches one leg of the "Eagle" Lunar Module. He is the lunar module pilot. This photograph is dated 20 July 1969. 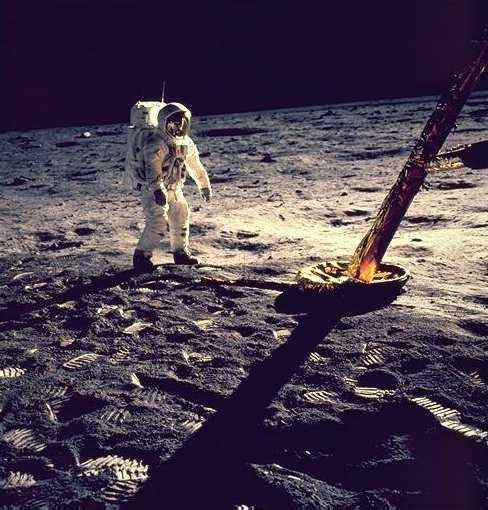